<p>The “Photo Grid” Shortcut isn’t working in IOS14 -The Shortcut reports an error “the quick look action wasn’t passed any items to preview”. This outcome occurs no matter how many photos are selected in Photos</p>

It is alarmingly clear to see the demise of America, slipping away from its once dominant position in the world.
On so may levels we see evidence of the erosion of economic dominance, the increasing fragility of financial stability, the breakdown of law and order.
What is most prominent of all, and clear for all to see around the world, is the fundamental failure of leadership in Washington. And if that is not alarming enough, there is a lack of national appetite to change the status quo. American politics is polarised in a way that is crippling any rational democtatic debate.

Never, in the history of the United States, has the President been so consistently and openly untruthful with the public and so dismissive of those who would defend the principles of democracy in that country.

What we are seeing is the fall from greatness of the richest and most powerful country on earth.

Why is there no effective resistance to this trend? Why are Republicans so unwilling to call out a man who is responsible for the humiliation of their country on the world stage? How can they abide a leader in their name who is a pathological narcissist with no interest in the welfare of the country that he is charged with leading and no interest in the its people, save their voting intentions at the next poll.

An outsider is led to the conclusion that morals and ethics, even intelligence, is no longer recognisable in the American political debate. Surely the blind prejudice in political behaviour is rooted in ignorance. Surely, many are manipulated because they are uninformed or misinformed of the facts upon which they make political judgments. Is the news of current events so badly reported, or is there no appetite to know the facts.

At a time in history when we have such immediate access to unlimited amounts of information, there is evidence that large numbers of people, particularly younger people, are uninformed or worse, disconnected from reliable information upon which their judgments are made and upon which ultimately the quality of their democracy relies.

Those who live in countries of the world where information is not freely available, but censored, must wonder at the opportunities made freely available to Americans being squandered without thought of the consequences of their ignorance. 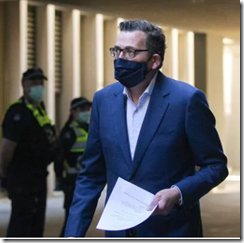 You’ve got to love Telstra (NOT) !

A few days ago I received an email from Telstra in relation to my current mobile plan.

Telstra say that this is part of its “commitment to simplifying its products”. Not even remotely honest!

To blur the issue they are offering a discount on the new plan of $5 per month for 12 months. That would reduce the increase from 30% to 20%. Whoopee!

This isn’t an optional plan. Rather, unless I cancel the current service, or move to the lower plan, the cost of my monthly plan with Telstra WILL be increased next month without further notice.

And Telstra have the gall to describe this as “its commitment to simplifying its products”, rather than “Major price hike coming”.

Well at least they got the heading right .. “YOUR MOBILE PLAN IS CHANGING”.

Having dealt with the major operators over many years, I have a jaundiced view of their advertising. The bold claims about customer focus and pursuit of excellence do not resonate with my own customer experience. Not in business and not as a residential customer.

In fact the very thought of making contact with customer service at Telstra raises the blood pressure and the call that follows often includes an apology to the operator who is only doing their job. For me the frustration builds during the 30 to 60 minutes which is the typical time taken to resolve even a simple issue.

But often the problem hasn’t been resolved. In the case of billing issues, the credit doesn’t appear on the next statement. Or the same error in charging is repeated. Or the technician who would follow up the problem, hasn’t. 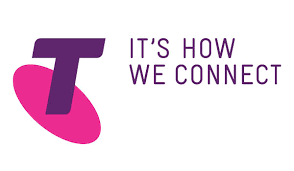 And where is management ? Missing! Unreachable! Hiding behind the skirts of customer service! And this is a huge part of my frustration in dealing with the likes of (but certainly not limited to) Telstra. Going back in time the customer always had the opportunity to speak to a supervisor. And if that didn’t satisfy then one could always look up the phone book and ring someone in authority the vent your frustrations with a view to getting satisfaction. It was called accountability and I’m sure that it was a lot more effective means of keeping management informed about the issues faced by customers and the improvement required. But that is done now by management reading well worded reports resulting from endless focus groups. I know something of this since I was part of the management of a major market research company that ran those focus groups and provided those reports.

It seems to me that the concept of customer service is broken and “all the kings horses and all the kings men couldn’t put humpty together again”. Back in the dark ages of customer service it was common practice to send a letter or make a note on the bill of a disputed charge and mail it to the company with the cheque. Nowadays, with the convenience of BPAY we don’t have to mail anything. But have you tried sending a letter about a complaint? Well it might be a whole lot faster than telephoning customer service but, even if you knew where to send it, it would be wholly ignored. And as for telephoning someone in authority at Telstra (or any other major organization), it is made almost impossible to find a contact number and get through the customer service barrier wall that these companies hide behind. 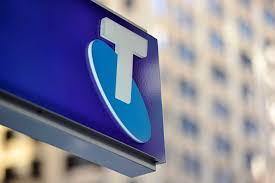 The internet has been a wonderful addition to modern life in so many ways and the advances in consumer technology have given us many benefits. But large organizations like Telstra have seemingly lost their way and misused the opportunity to get closer to their customers. Sure it is that for all the technology available to them their relationships with customers has never been worse.